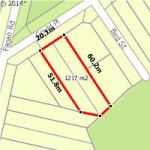 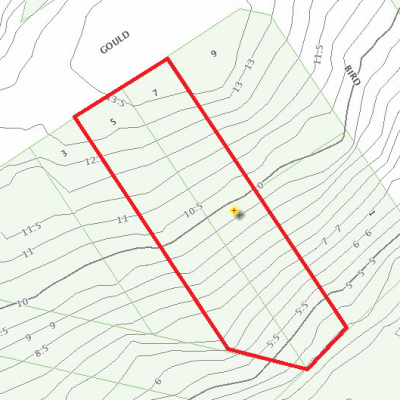 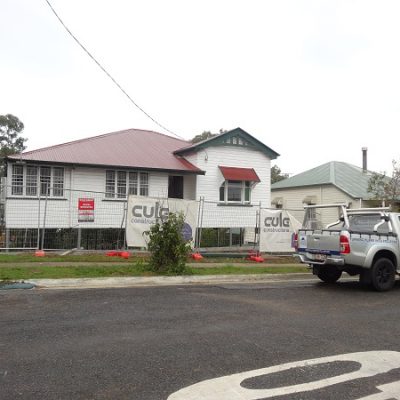 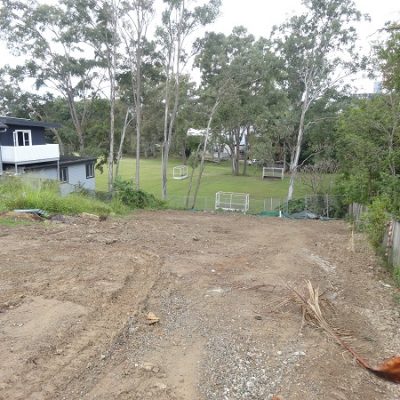 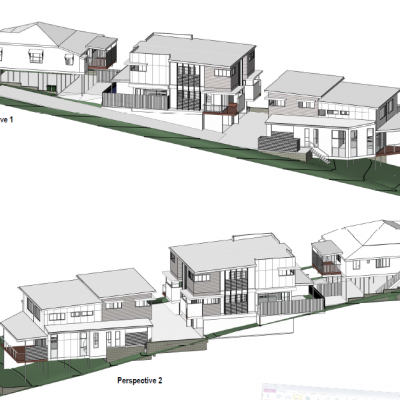 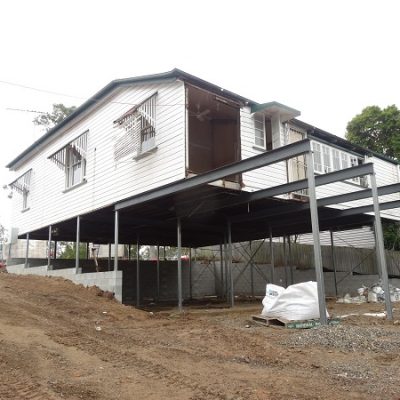 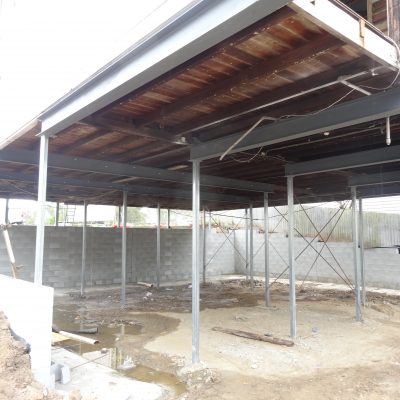 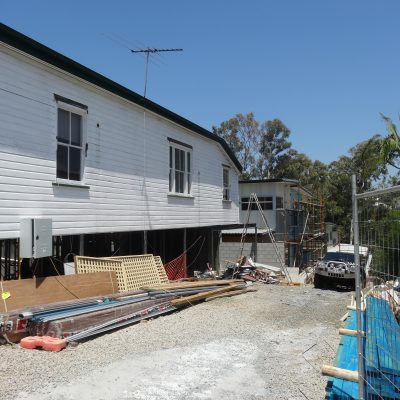 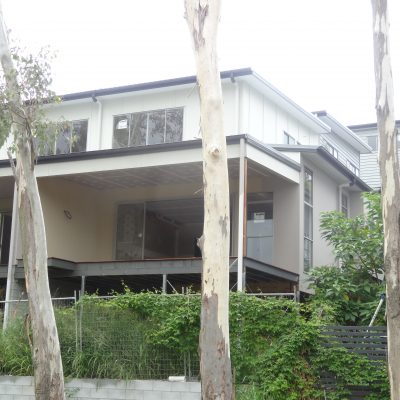 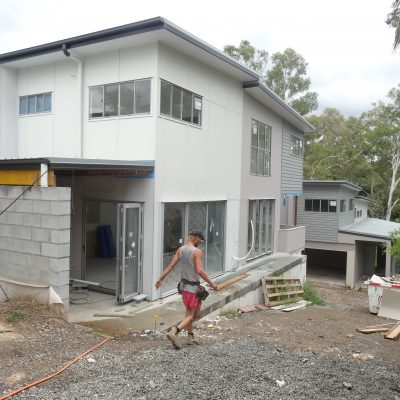 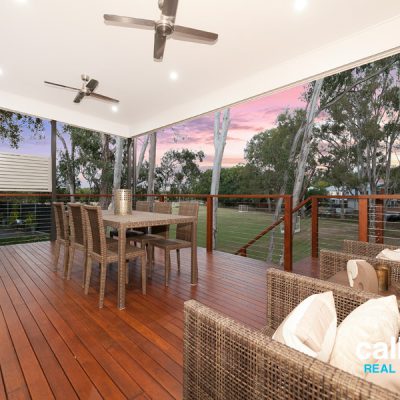 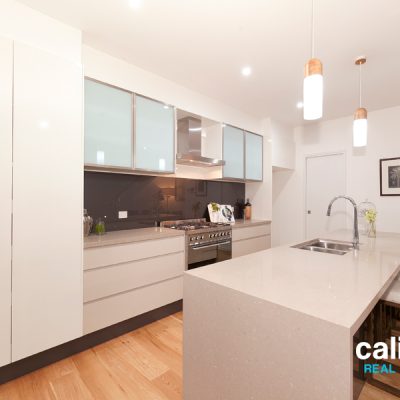 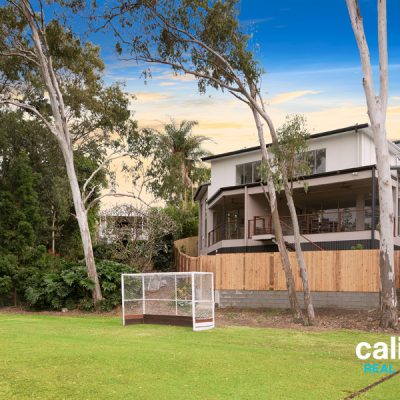 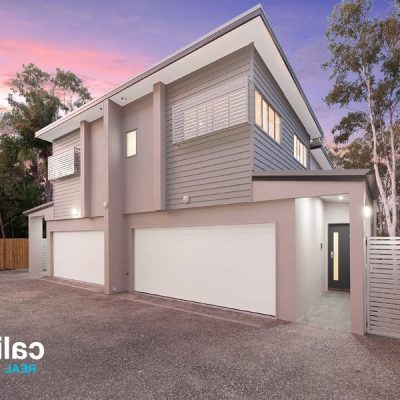 This character property in Herston became available for sale by public auction in March 2014. It contained a fairly typical traditional ‘Queenslander’ house in very poor condition on a large block zoned ‘Character Residential’ and was being promoted as having development potential. This zone will allow townhouses as well as other things but the pre-1946 house had to remain.

We almost always try to separate existing character homes from proposed new residential development projects with a separate title. This has the benefit of not encumbering the new project with likely higher maintenance costs of the older home and also not involving the home with body corporate issues with the town houses. Also the home will usually attract a higher price with a freehold title. We knew we could subdivide the house off onto its own freehold lot leaving sufficient land to develop a further 3 dwellings, with a potential to argue for 4, i.e. one additional dwelling especially if we picked up the house and moved it– it would then be a case of putting up a sufficiently good argument to gain a DA through Council.

The next step was to invest time effort and money coming up with some preliminary designs to prove our theory. This is in truth a bit of a punt as one can always be out bid and you walk away with nothing to show for it however the better prepared you are with a good and accurate understanding of the site and its capabilities the better placed you are to succeed.

Our designs did indeed show that we could fit an additional dwelling on the site and satisfy all the other requirements relating to parking, manoeuvring vehicles, recreational space etc [although this would not be supported by a strict reading of the town plan]. So we were able to attend the auction with a high degree of confidence and a very good idea of what we could develop on the site and what we could bid to and hence the value of the site.

We were able to secure the property in March 2014 for $1,020,000 which we were satisfied with, particularly if we were successful at gaining a DA to build one extra dwelling as that would not only give us a lower land cost per unit but would enable substantially higher gross realisations. Having said that our bidding was based on what we knew we could do – anything extra would be a bonus. Now we had to decide on which way to approach the DA process, i.e. go for ‘‘Code” or “impact assessment”. Code is cheaper in that Council fees are less and the amount of supporting information required is less and it’s much faster, whereas ‘impact assessment’ can be a lengthy expensive process.

In the end we were successful and it was a good thing that we did the initial research. Competitive bidders were all scared off by the need to buy unconditionally and wanted additional time with ‘subject to’ conditions. Realising that, we stuck to our guns in terms of our unconditional offer which was lower than we would have been prepared to pay, particularly with conditions.

When push came to shove, after considering a variety of different design options, including building 5 townhouses, we opted, after pre-lodgement meetings with Council, just to push the envelope a little and go for 4 new 3 bedroom townhouses while retaining the existing character dwelling. As this exceeded by 1 the number of dwellings allowed under the code it required the more lengthy and involved impact assessable development application process.

We felt that the market still held plenty of steam with prices still trending higher so felt confident to do this despite the extra time it would take. Timing is everything in life, or so it is often said, and that certainly applies to the property market. In this case there was a good chance that not only would we achieve one additional townhouse, we would also achieve higher prices than what we were basing our budget / feasibility on.

And so that is what came to pass. We were successful in gaining approval for 4 townhouses in addition to retaining the existing character home. We relocated this home within the site and built the 4 townhouses behind although the restrictions of the site meant that only two of them would enjoy the view over the parkland below. For that reason these two townhouses were given larger courtyards and garages to compensate and proved to be very popular.

From the date of the original purchase contract until the date of the final sale contract some 2 ¼ years elapsed, though had we not gone for impact assessment this could have been shorter however we would have missed out on getting that additional dwelling approved.

In the initial decision to buy in the back of our minds was a confidence that the market was improving and end sales prices were likely to rise. As this panned out we felt comfortable upgrading some of the planned finishes at additional cost to justify somewhat higher potential sale prices than budgeted. However in rising markets costs also increase and these were a bit more than anticipated. The biggest cost increases were construction costs and renovation, which had risen over that period we were waiting for our various approvals and the GST tax assessment. The other big one was the GST tax assessment which along with other smaller cost increases that one would expect resulted in an increase in profit of under $200,000 from a revenue increase of $500,000 as you can see from the numbers below. We can categorically say that without professional project management this is the sort of project that could have quickly gone off the rails. It did not and was finished on time.

So what were the numbers you ask?