2021 is shaping to be a BOOM year for the Queensland property market – especially South East Queensland – Here’s why!

Why The Queensland Property Market?

Australia’s economic and health outcomes continue to outperform almost every other developed nation – and this is especially true for Queensland.
As the pandemic began, so did a major demographic shift to our Sunshine State, with a recent report from the Australian Bureau of Statistics showing Queensland has had a net gain of more than 22,000 people in 2020, nearly double its 10-year average of 12,409, and amazingly enough that was at a time of major lock downs in southern states!! So what does that tell you when borders open and covid 19 vaccines are widely available?
This trend is expected to grow – even accelerate in 2021. Real estate agents are already reporting extraordinary demand from southern states with many sales settling without so much as a physical inspection. It’s likely that construction will take time to catch up with these numbers meaning that rent rises and scarcity are likely.

The Recession Is Over

This month’s MYEFO release by Federal Treasury confirms that we are already out of recession with Australia’s real GDP growing by 3.3 per cent in the September 2020 quarter after a fall of 7.0 per cent in the June quarter 2020.
The Federal Government is injecting unprecedented stimulus into our economy, having budgeted a total of $251 billion in direct economic support, with just $138 billion having already flowed to December meaning there’s still a further $113 billion still budgeted to follow.The Queensland Government is also unleashing unprecedented additional stimulus measures. This is what Treasurer Josh Frydenberg has to say

The Numbers Are Staggering!

These numbers are staggering, particularly when you consider the huge amount of money unspent on overseas travel alone, estimated by some to be around $50 billion,looking to find a home, much of it going to property.
And with interest rates at an unprecedented “All Time” low why wouldn’t they? Investors get next to nothing by depositing their money in the bank & borrowers have never had it so good!

Australia’s cash rate remains at a record low of 0.10 per cent and Reserve Bank Governor Philip Lowe has said interest rates will remain low for at least the next three years. We’ve been predicting this for years
[see “interest rates – where are they headed now” April 2017] & [see ‘Interest rates to fix or not” July 2014] 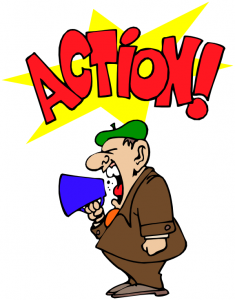 Having been in and around the property scene now since the 1980’s & watched the markets ebb & flow I cannot recall a better time to be bullish about real estate. Now is the time for action!!
Time has shown there is simply no better investment than real estate but, if there is one thing that is better it is real estate that has development potential, potential to improve, renovate, subdivide or gain approval for a higher, better and more valuable use which is of course where we come in to assist you to achieve those goals successfully.
And it’s that word “successfully” that prompts me to remind people that we’re here to help – don’t be too afraid to make contact –  because, regretfully, we so often still do come across people who have made simple but costly mistakes when investing or developing  property that could have been so easily avoided.
So, it’s over to you – if you are sitting on a project let’s get on with it – or if you are sitting on the fence it’s time to jump off if you haven’t already