When we posed this question last time in Australian Property Investment magazine we showed how using a competent Project Manager [PM] reduced project hard costs from around $1.1M to just under $850,000 on a Wooloowin project. Pretty obviously you will realise that this saving far exceeded the PM fees by many times over.

{if you missed part 1 you can read it here}
What we didn’t discuss in that case study article was the cost saving relating to ‘Project Time’ and the reason we didn’t is because we didn’t actually save any time. The reason why you ask? That’s easy and it’s because we only were appointed earlier this year, some 18 months after our client’s first approach to us.

The Value of Time:
Had we been appointed then the project would have been completed by now and Rob would have saved even more! He’d have saved around a year in Project Time and he’d have saved in building costs too as those have risen in the past year or so. These together add up to tens of thousands of dollars, but even so there’s more. There’s ‘opportunity cost’ ! If Rob had his project completed now he would be free to either sell or lease out and be freed up for another project if that was his desire. {it’s now completed – read how we recued it twice here}

These things are all tangible and real but so hard to illustrate to would be developers starting out. They beggar belief! The focus is mostly on containing costs and frequently Project Management is seen as just another cost centre whereas it need not be so.
And that’s the ironic thing. Usually the best converts to seeing PM as an integral and valuable part of the development process are those who have attempted to either go it alone and / or have come unstuck in one way or another. Once rescued they suddenly see the value.

To illustrate this point again we were appointed earlier this year to take over a small project of 4 large town houses in Greenslopes, a Brisbane suburb just south of the city. The developers were an unrelated syndicate of 4 people from different parts of the country, cobbled together by their financial advisors. They were introduced to the builder / promoter of the development who promised them an “armchair” experience. In this case they even had a PM though were unaware that it was a subsidiary of the builder. Big mistake!
This syndicate signed a building contract for $1.1M and paid a 5% deposit to the builder. Having also paid him $20,000 to remove the existing house they also paid him a further $40,000 to have their near level vacant site ‘cleared’ (which didn’t happen). At that point the builder (and PM) went into liquidation.
Doing the math you will see that they were in for in excess of $100,000 with little to show for it. Making things worse they had lost lots of time and the documentation available to continue was scant and needed to be revised to continue with any certainty.
Roll forward 5 months and the job is under construction with a fully specified fixed price building contract for less than $1.0M and with better inclusions than previously. Are they in front?

Well yes they are to a degree. A substantial amount of their pain has been alleviated by that $100,000 + saving we achieved. Imagine how much better off they’d be had they appointed an independent PM from the outset. So, ‘fact’ OR ‘fiction’ that PM costs money? This is just another example showing that the lack of competent independent PM is what really costs money. 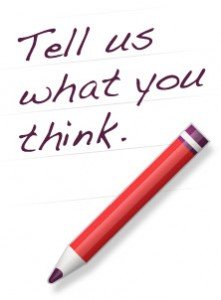