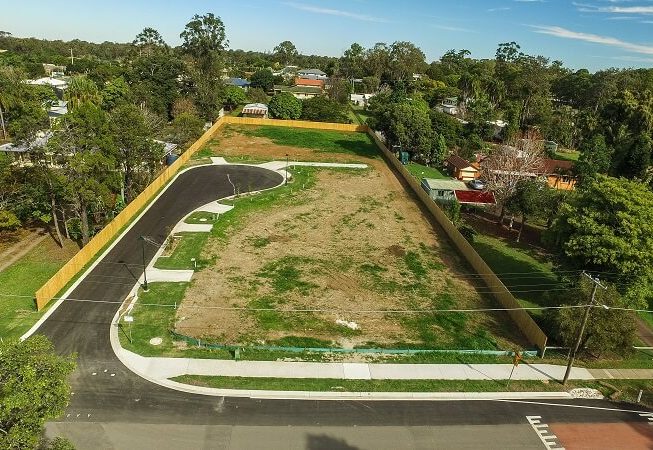 This land subdivision project resulted from a family group wanting to save money by pooling their limited resources that enabled them to each gain a block of land at substantially less than what they would have to pay on the open market and also enabled them to live next door to each other, which, being a close knit family, is what they wanted.

Over the years, here at SCM Projects we have managed a variety of subdivision projects similar to this one. The most recent, completed in August 2019, was in Mt Nebo Rd., The Gap which consisted of 14 lots over very rugged terrain. As we go to Print we are commencing a 25 lot subdivision in Bellbird Park, not forgetting several smaller 2 & 3 lot subdivisions too. No subdivision project is too large or too small for us.

By doing a traditional land subdivision this family each ended up with their own freehold title to build their dream home on without the complications of going through life with their personal finances tied together or the need to maintain a body corporate or other such ties as some similar schemes do. A smaller family could go into such a venture and even sell off a couple of blocks if they wanted to help reduce the costs of the overall project.

Land subdivision such as this has many potential benefits which other groups or associations could easily benefit from and take advantage of, and because it’s more complex and not as simple as a 1:2 lot subdivision using a competent project manager is highly desirable.

Got a question about Project Management?