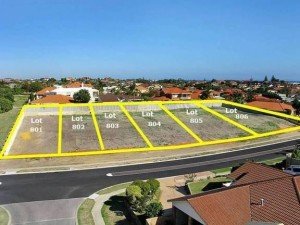 Splitter or Subdivision? – The differences

In part 1 of our blog story on ‘Splitter Blocks’ we sought to actually define what a splitter block was and how it differed from a normal subdivision (ROL).

We learned that with an ROL you will need to conform to the minimum lot size nominated in the Town Plan. We also learned that all lots in an ROL are required to be serviced commensurate with services provided in the local area such as sewer, town water, electricity and phone and that the cost and responsibility of providing those services is the subdivider’s. To be clear Splitter blocks also should be serviced as well (most often they are already but not always) – and so it’s possible to sell them unserviced. We have encountered people who bought such lots expecting that they could simply ‘plug in’ to services only to be confronted with a substantial expense to construct civil and operational works etc. In short they do not need to be re-configured – it’s when you try to that you will encounter all the issues required under the town plan for an ROL.

If the subject property is a ‘Splitter’ then the lots are existing, so in most situations there is no requirement to go altering their size if, say, the area is below the now minimum lot size for the locality or the frontage is smaller for arguments sake as they already exist. The main requirements are that any allotments freed up in this way can be built on and can be serviced to ensure maximum market value. The other major requirement is that any existing improvements are either removed or wholly contained within allotment boundaries. In life there are always exceptions as there are here – but too complex to discuss here.

Character Housing can change the game

It is this requirement to remove or contain that causes issues in traditional character housing areas (DCP’s) where there is a legal requirement to retain an existing home, or at least elements of that home that may have been built prior to a certain date or have other significant features.

This has led in some cases, and no doubt you’ve all seen examples, where a new building has been built in behind an existing character home that may have been built over more than one original lot but because of its size could not be repositioned to fit on one lot. In other circumstances although it may have been a requirement to retain the character home it was possible and feasible to relocate it on site. This could also apply to a modern home too if preferred over demolition. In non character (non DCP) areas you still require a permit (a BA) to remove the house & covering such things as disconnection of services (sewer, gas, electricity, water etc) before being able to ‘split’ those underlying lots.

When you do a subdivision aside from the costs associated with providing the various infrastructure you also, in addition, need to pay the Council a fee, called a Plan Sealing fee to have them seal your plan prior to being able to lodge it in the titles office. In addition you also need to pay what’s called “adopted infrastructure charges” which are contributions towards the costs of providing infrastructure external to your site e.g. Sewerage treatment plants, roads etc. With a Splitter this is not necessary as the plan already exists.

Now this is where it gets interesting and where ‘Splitters’ and ‘Subdivisions’ differ in the way these contributions are calculated. This can vary from one council to another. Brisbane City charge $27,000 per additional allotment created, so up until very recently this has meant that Splitters have not had to pay that charge where no additional lots were created, meaning that with a Splitter there was an immediate saving of $27,000 (call it a ‘credit’) & the Plan Sealing Fee + Survey and plan registration other costs associated with a Subdivision – all very worthwhile savings that could add up to $32,000 or more.

Brisbane City Council appears to have changed their thinking on this policy however in some circumstances. If you delve into their website you can read all about it. They formulated a new way of calculating it last June 30th apparently  [resolution (no 4) 2014 – revised as recently as April 14th, 2015] but it was not announced with any fanfare  (what a surprise) and which has only just recently been implemented in some cases by all accounts, though it appears not in every case. The net result is that you may no longer get that $27,000 credit for certain types of project – particularly those relating to multiple dwellings.

For instance consider a situation  where one dwelling house currently straddling 2 lots is being demolished to make way for 6x 2 bedroom units. Each of the 2 lots theoretically carries a credit of $27,000 (total $54,000), whilst each 2 bedroom unit requires a contribution of $19,000 totalling $114,000 against which you once would have  received a $54,000 credit. It now appears that Council is viewing the original home as simply one property or lot with a credit entitlement of only $27,000.